To a Young Girl with Leukemia, UCSF’s Individualized Care Made All the Difference

When Dante Gasser and Richard Petersen first learned of their daughter Quincy’s cancer diagnosis, they felt helpless. “I heard a whooshing noise, as if the doctor speaking to me was in a tunnel,” says Gasser.

Adding to Gasser’s distress, the hospital treating Quincy couldn’t determine her specific type of leukemia because her depleted bone marrow yielded a sample too small for their equipment to analyze.

The American couple, both working as teachers in Malaysia, faced a difficult choice: rely on the medical care available in the country Quincy had always known, or fly their fragile and very weak 3-year-old to the US.

In California, Gasser’s father began calling top cancer hospitals seeking advice and help. “I told my parents that I needed a compassionate doctor who could explain to me what was going on and what I needed to do,” says Gasser. Within a few hours, her phone rang, and renowned oncologist and hematologist Mignon Loh, MD, was on the line.

DANTE GASSER, who journeyed from Malaysia to San Francisco seeking treatment for her daughter's leukemia

Loh, a Benioff Chair of Children’s Health and the Deborah and Arthur Ablin Endowed Professor in Pediatric Molecular Oncology, is no stranger to parents’ fears. But she finds working at UCSF incredibly gratifying because “we have some of the most brilliant minds in science studying childhood leukemia and how to target it.”

Loh suggested bringing Quincy to San Francisco immediately so the cancer team could determine her type of leukemia and identify the best treatment for it. With guidance from UCSF doctors, Gasser brought her daughter and slides from Quincy’s biopsy on the long flight to SFO, and within 24 hours of landing, they had their diagnosis.

In addition to pinpointing Quincy’s specific subtype of cancer, genetic testing revealed that her body would have trouble breaking down mercaptopurine, a key drug in her treatment. Anticipating that, Loh started her on a low dose of the drug and spent several months adjusting the dosage to get it right.

Gasser says that experience exemplifies the individualized care that her daughter received during her 780 days of treatment at UCSF – a level of care and compassion that she credits for Quincy’s recovery.

Three years later, Quincy remains cancer-free and is back abroad with her parents and big brother, Carter. She attends first grade at the international school in Muscat, Oman, where her father serves as principal, and is enjoying life as a 7-year-old.

At her last checkup in June, Quincy read a thank-you note aloud to Loh that concluded, “Now my hair has grown back. I love my doctors, especially Dr. Loh.”

Loh says that gratitude flows both ways. “To read those words … that’s why we do this, you know? It’s such a gift. I do what I do because I want to make people better. I love what I do.”

You can help Dr. Loh and other UCSF scientists lead the fight against childhood leukemia by making a gift today. 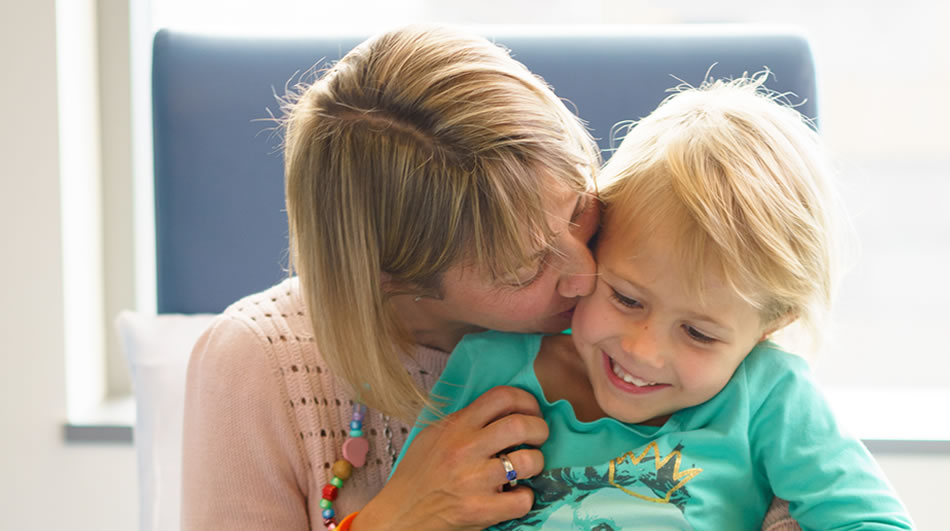 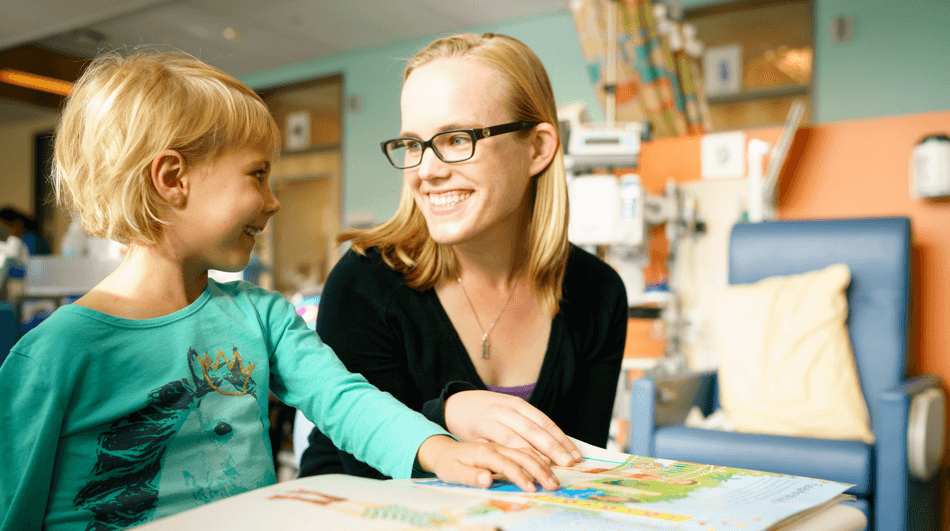 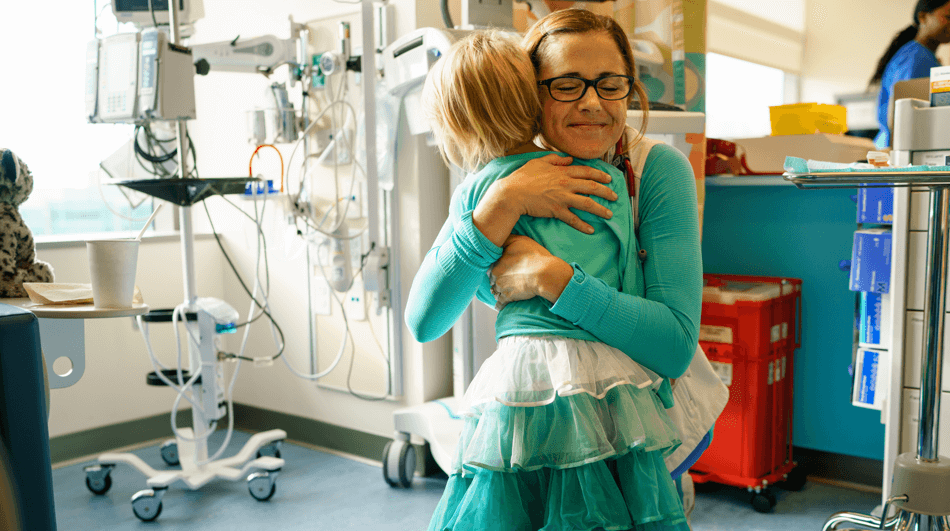 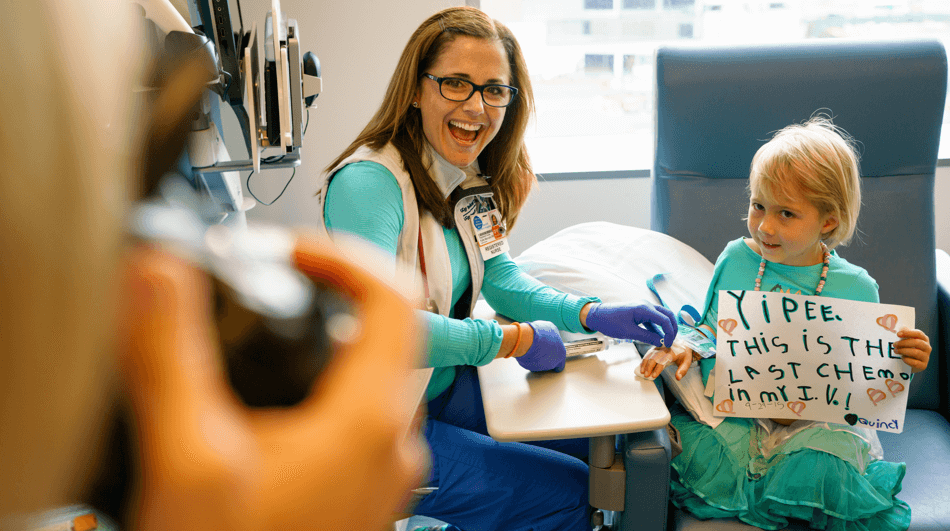 Endowed Funds Lead to a Chance at Life

Your giving inspires hope for a child.